Flyball is a dog sport that Border Collies excel at because of their agility. The object of Flyball is for a team of dogs to beat the other teams in a relay. The four dog relay consists of each dog to go from the start/finish line over a line of hurdles and then up to a box that releases a tennis ball when the dog steps on a spring loaded pad. The dog then runs with the tennis ball back to the start/finish line and the next dog in the relay begins.

The setup for the course consists of four hurdles that are placed 10 feet apart from each other. The start line is six feet before the first hurdle and flyball box is fifteen feet behind the last hurdle. The entire course is 51 feet long. The height of each set of hurdles for each team is determined by the smallest dog on each team. The shoulder height of the smallest dog on each team sets the height of the hurdles with a minimum of 7 inches and a maximum of 14 inches.

Flyball can be performed by most dog breeds as long as the dog is healthy enough to handle the strains of high speed running and jumping puts on its body.

The most successful breeds of dogs in Flyball are those that have the speed, agility, concentration and coordination. These of course are traits that are found in Border Collies. Not surprisingly, Border Collies are the best at Flyball. The world record team that ran the Flyball course in under 15 seconds was made up of Border Collies. Some places outlaw Border Collie only teams, and enforce a rule allowing for no more then two dogs of any one breed on a team.

Teams are made up of 6 dogs although only 4 dogs participate in a single race. Multiple races occur each day so the team’s captain needs to make tactical decisions on which dogs should run early in the day and which dogs on the team should be saved for later in the day when the stakes are the highest. Flyball teams compete in round robin formats against other teams with the team with the most wins becoming the ultimate winner.

Teams of dogs compete in classes called categories. The categories are A, B, and C with A being the fastest teams. Early in the Flyball season qualifying occurs that places teams in the respective categories for that league. North American Flyball Association (NAFA) has set about creating uniform Flyball rules and promotes the sport. Because of the increasing popularity of the sport, another organization the United Flyball League International (U-FLI) was created. These organizations sanction competitions held by local Flyball clubs and include judges that have been certified by these governing organizations. Most local Flyball clubs hold their Flyball competitions over the course of a weekend. 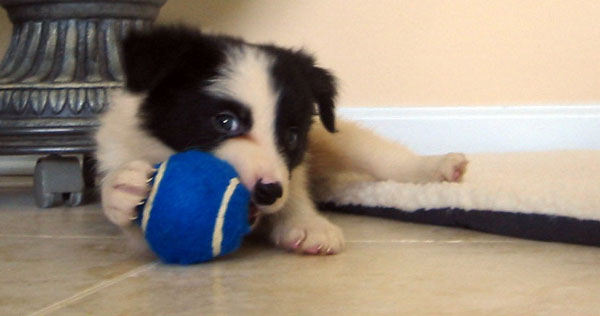