Shepards from Scotland and England bred Border Collies to work long hours on rough terrain. Hundreds of years of selecting the most energetic, trainable and intense dogs has resulted in the breed developing uncanny instincts, abilities to work without commands and the intelligence to comprehend problems and reason them out. These characteristics have made the Border Collie by far the best herding dog breed.

Owners of working Border Collies that are herding livestock on a farm are generally indifferent to the appearance of their dog. They are more interested in the dog’s ability to perform their jobs.

On the other hand, the Border Collie dogs bred for conformation ring competitions are more similar in appearance. Breed club standards focus on many aspects of structure, coat and color of the Border Collie. These standards include that the Border Collie must have a “keen and intelligent” expression, their eye color should be dark brown, and any scars or broken teeth suffered from working should not be discounted against the dogs score.

Border Collie breeders can be found all over the United States and Northern Europe. To find a reputable breeder you should do plenty of research and contact your local Border Collie club. Make sure a pure bred Border Collie has registration papers.

In the United States the ABCA (ABC for short) is the top Border Collie registry. The American-International Border Collie (AIBC) registry and the North American Sheep Dog Society (NASDS) were once prominent registers. However, with the rise of the ABCA both of the AIBC and the NASDS have essentially stopped registrations. 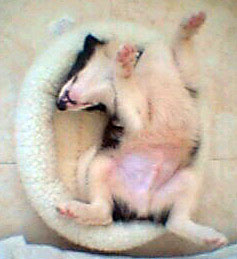 Some organizations like The United States Border Collie Club, Inc. (USBCC) aim to keep the border collie breed as a working stock dog by fighting the use of the dog for pretty much any other purpose. Lots of border collies are used nowadays as show dogs in judging competitions. Additionally, border collies are bred for sale because of the high demand which is driven by their appearance, size and intelligence.

The USBCC wants to keep the breed strong so they actively promote the breeding of only the healthiest and strongest dogs that do not show genetic defects like the increasingly common hip problems that some border collies have. The USBCC is well known for its efforts to stop border collies from AKC registration which it feels is detrimental to the future of the breed.

The United States Border Collie Club promotes owners to better understand their dogs and become actively involved in the many canine sports that the breed is well known for dominating like herding, flyball, agility, obedience, frisbee, search and rescue and tracking competitions.